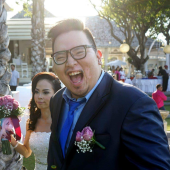 Throughout his illustrious career, Chef Tim has worked at several internationally well-known restaurants in Amsterdam, including Parker’s Restaurant, Restaurant Vinkeles and the prestigious Amstel Hotel. He is the modern gastronomic conscience behind Restaurant Bougainville at Twenty Seven Hotel, Netherlands, where the restaurant received its first Michelin Star within one year after its opening.

Guest who attend Kayuputi Restaurant on 21st & 22nd February 2020 will experience fine dining occasion at its best and indulge in culinary delights; meticulously prepared by Chef Tim Golsteijn himself. Expect a memorable, upscale feast while Chef Tim and his merry team showcase his passion for gastronomy and patisserie, emphasizing on flavors and aromas that are matched to a certain memory. The menus is inspired by traditional European cuisine with influences from Latin America and the Middle and Far East.

Don’t miss this exclusive dinner experience to cherish the month of love! For reservations, please call +62 361 300 6786 or email [email protected]